The other weekend I watched San Franciscoís Chinese New Year parade. It was a cold and rainy night, but a little freezing drizzle is fitting initiation for the year of the rat, who is a creature of the sewer.

My camera was accidentally set on ìmake everything look blurry and shittyî mode, so the following snapshots come courtesy of my friend Andersís iPhone. That might also explain why some of the photos seem to convey a false sense of superiority. 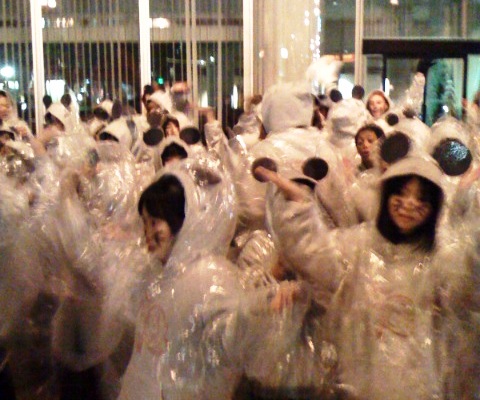 While I was busy scowling and shivering from the cold, these brave children were enduring the weather with panache, performing exotic rat dances and making funny hand gestures. In retrospect I feel bad heckling the kids. I just thought their face paint work was poor to middling. 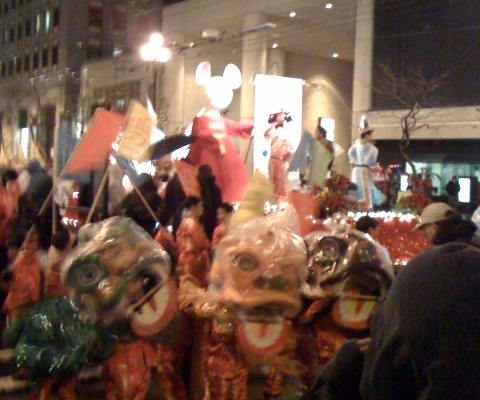 Here we see a gang of dragons tilting their faces from side-to-side, as if to mock the poor rat and its meager year. Dragons donít have calendarsóthey donít want to hear whose year itís supposed to be. Just try to have a Chinese parade without a dragon showing up. A dozen Chinese people couldnít walk down the sidewalk together without 3 or 4 dragons slithering around. 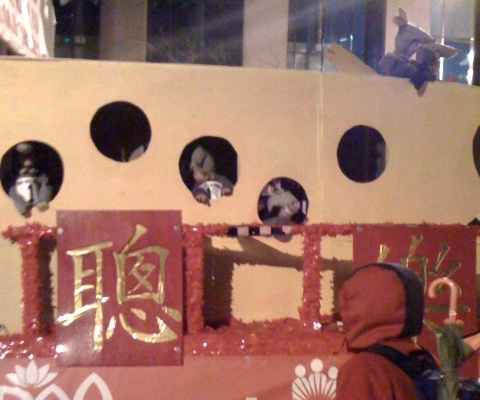 You can barely see due to the shitty quality of the iPhoneís camera, but in this scene we see a bunch of rat children peeking out from little holes in a float supposedly made from cheese. Pretty amusing, but I found it kind of weird that they were tossing out handfuls of condoms. Just jokingóthis was an auspiciously cute start to the year of the rat. 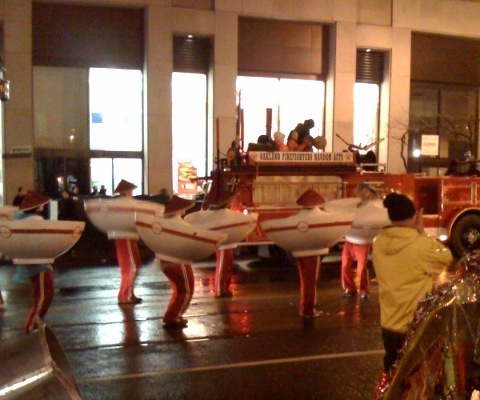 Goodnight, Chinese New Year parade. Hopefully next year you’ll celebrate an animal not quite so emblematic of filth and disease, such as maggots or syphilis bacteria.