In Wizard on Bicycle news, the Lego Wizard on my sidebar has learnt a very sneaky trick. Clicking on him will now take you to a random eKarjala post. (Keep in mind that 80% of all eKarjala posts are retarded). This brings the number of tricks my Lego Wizard can perform to a grand total of one (or two if you count the fact that he can grant wishes.)

On another topic, when you look at this photo I found of San Francisco, what does it remind you of? 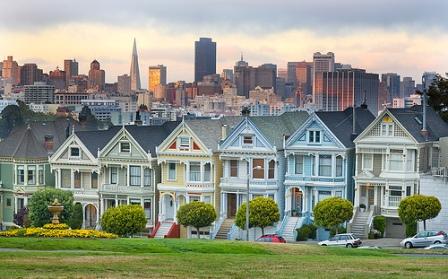 If you said “Full House,” you had a correct childhood. These houses are indeed featured in the introduction to that storied sitcom. In the foreground you can even see the park in which the Tanners had their little picnic, which they had the time to organize because none of them had any real jobs.

What might surprise you, and what recently inspired a 45 minute argument in my personal life, is that the Tanners were never purported to actually live in one of these houses. Consider this establishing shot of their actual house, shown at the very end of the credits: 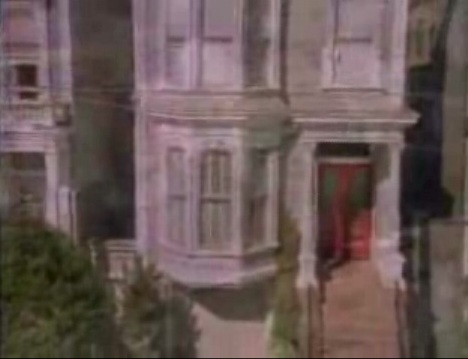 Note here the contradictory placement of the bay windows. Also note that their house is subsequently shown to have a flat roof facade, in contrast to the gabled roofs seen in the first photo. The fact is, those gabled roof residences constitute a San Francisco landmark known as ďPostcard Row,Ē which is a series of 7 houses built in the iconic Painted Lady style. The Tanners didnít live there and they didnít know anybody who lived there and they werenít welcome inside. The only connection the Tanners had with Postcard Row is they enjoyed having picnics nearby in an effort to trick you into thinking thatís where they lived. They should have called the show ďFull of Shit House.Ē

The idea that the Tanners lived in Postcard Row is the most widely-circulated myth in our culture today. Itís not our fault, either, because the prominent shot of Postcard Row in the opening credits is followed by the shot of their actual residence, implying that they were one and the same. Itís sloppy editing and Iím sick of being silent about it. The question of where the Tanners actually lived is open for debate, but it certainly wasnít Postcard Row. Probably the producers didnít show footage of the Tannersí actual neighborhood because they didnít have the technology to edit out all the crack dealers.

31 thoughts on “The Full House house”