Beginning next week I’m going to attempt to update this site every Monday, Wednesday, and Friday. To meet this quota some of my entries might be insipid or baffling, or just conceptually lazy. For example, I’m instituting Mailbag Mondays. Each Monday I’ll be answering two emails, some of which have been stockpiled since my last edition of Letters. If you don’t want me answering dated questions about Octomom or the 2008 democratic primaries, you can also send me fresh emails at wickensworth@gmail.com. The first Mailbag Monday will take place today, because today is Thursday.

I remember the internet in 1996 I was 14 at the time. I just got a 486 running windows 3.1 with a 14.4 kbs modem which was fast at the time. I used prodigy to get on (which has long time dissapeared from the isp seen). I was trying to remember what it was like back then, so I googled the phrase “what was the internet like in 1996” and your site came up. Thanks for gathering up all that data and displaying the embryonic state of the internet brings back very old memories. I can’t believe how amatuerish the websites were for those huge corporations like McDonalds were. When was your first exposure to the internet?

The first time I saw the internet was in 6th grade, which would have been 1993-94. My teacher forced us to watch him go online, but there weren’t any websites or anything. I think he just used Usenet or some archaic chat interface to talk with some random loser from Hong Kong about plate tectonics. I’m sure everybody in the classroom just had blank faces. It was like, “Yeah, hey, this is great. I liked the internet better when it was called the telegraph.”

Really, though, I didn’t understand what the internet was either before or after this demonstration. At some point I recall conflating the idea of the internet with my interpretation of the phrase “virtual reality.” The internet in my head was an imaginary computer world through which you traversed using a virtual identify. It was kind of like that cartoon ReBoot, and I eagerly awaited the advent of “Internet” so that I could begin building up my virtual reputation. But by 1996 it became apparent that my version of “Internet” did not actually exist, nor was it ever purported to exist, and that I’d made it up to cope with the fact that I didn’t understand computer technology, or even to some extent the premise of ReBoot. 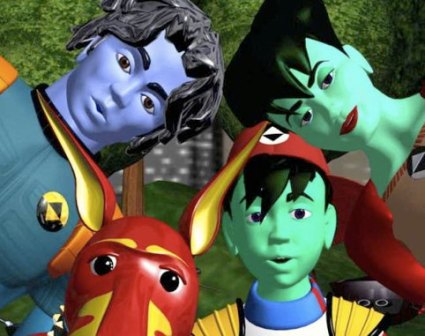 WHY DO YOU TORTURE US WITH YOUR SPONTANEOUS LEAVE OF ABSENCE FROM eKARJALA?
At least leave a small note that you’d like to abandon us, faithful readers.
Well, have a great day Mr. Man Eddie Karjala Sir!
I hope you’re having a great life out there in the real world!
Outside of this stalker filled cyberspace environment people call, “the internets”.

I could claim that my multiyear absenteeism is a loyalty test to determine who my truly dedicated readers are, but that would just be an attempt to obfuscate my indolence. The honest answer is simply that my enthusiasm for this site is cyclical. Having said that, I think I’ll still go with the loyalty test thing. If you’re currently reading this, thank you. You’ve proven you care. It’s a little technique I learned from my family. They know that no matter how much they ignore me, I’ll still show up at their house every Christmas, peering in through their front window as they exchange gifts.

As I said previously, beginning next Monday your loyalty will be rewarded with thrice-a-week updates. I may not last more than a week or two—I may not even last more than a day. But if I decide that this updating schedule isn’t feasible, if I once again find myself wanting to cease posting for an indefinite length of time, you can be sure that I’ll do so completely without warning, like a little bitch.